There was a nice old lady Clara who used to have a YouTube channel where she cooked depression era meals. This is my take on her recipe. Clara has since passed, but her videos live on- Here’s the video for this recipe.

The Great Depression Meals You Didn’t Know You Needed

What are Depression Era Recipes?

This blog has recipes for dishes that are still popular today, such as bread pudding, chicken and dumplings, and fried chicken.

The period of time between 1929-1939 was known as The Great Depression. It is also called The Dirty Thirties because of all the dust storms that plagued the country in those years. Many people found themselves out of work and struggling to feed their families during this time period.

It is no surprise that the recipes from this era are a little different than what we are used to. Food rationing, food shortages, and financial limitations all contributed to the dishes that were served.

This article will explore some of the most popular Depression Era Recipes and give you tips on how you can recreate them in your own kitchen.

Some popular Depression Era Recipes include:

The recipes found on this page are all dishes from the 1930s, which is when The Great Depression was at its worst. They include many different types of food, including desserts and snacks.

Examples of Great Depression Recipes that can be Made At Home!

With the Great Depression came many new and different recipes that are still popular today. These recipes are easy to make and will provide a healthy meal for your family.

For those who have never tried any of these recipes, we highly recommend you give them a try! They might seem strange at first, but with a little experimentation you’ll be able to find your favorites.

The Great Depression was a time of widespread economic hardship for the majority of Americans. As a result, there were many people who had to make do with what they had and ate less than healthy meals.

It was a difficult time for many people, but there were ways of making the best of it. One way was by cooking. Cooking during the Great Depression could be challenging, but it could also be fun because there were so many things that you could make with what you had available.

Introduction to Depression-Era Cooking: How to Cook Like You Live in the Great Depression

In the United States, the Great Depression lasted from 1929 until 1939. It was a time of poverty and despair for many Americans. Yet, some of our most treasured recipes come from this time period. Some were created to help stretch food rations and others were devised as a way to make inexpensive ingredients taste delicious.

The recipes in this article are inspired by Depression-era cooking techniques, but they are updated with modern ingredients and measurements.

Depression-Era Cooking is a style of cooking that came about during the Great Depression. It is characterized by being cheap, easy to make, and filling. This type of cooking was made popular because it helped people who were struggling financially to still have something to eat.

One of the most difficult periods in American history was the Great Depression. The unemployment rate reached 25% and a third of Americans were living below the poverty line.

The food shortages during this time led to new recipes that were affordable and quick to prepare. These recipes became known as “Depression Era Recipes”.

The Ultimate Guide to Poor Man’s Meals and How They Can Save You Time, Money and Keep Your Kitchen Clean

What is a Poor Man’s Meal?

Poor Man’s Meals are an excellent way to save time, money, and eat a healthy Dinner.

They are also one of the best things to make for dinner if you’re on a tight budget or if you just don’t feel like cooking.

The poor man’s meal is a term that was coined in the 1930s to describe a meal that is both cheap and easy to prepare. It typically consists of some type of meat, potatoes and vegetables.

Poor man’s meals are usually very easy to make, which makes them a great choice for people who are on a tight budget or don’t have much time to cook. They can also be used as an emergency meal when you’re out of food at home or when it’s late at night and all the restaurants are closed.

A poor man’s meal is a dish that requires little to no preparation and can be made in a matter of minutes.

These meals are perfect for those who don’t want to spend too much time cooking or who are on a tight budget.

How to Make a Poor Man’s Meal on a Tight Budget?

Poor man’s meals are a great way to save time and money. They are also a great way to eat healthier because they are usually made with fresh ingredients.

A poor man’s meal is an easy dinner for two that costs less than $10 and can be made in just 30 minutes or less.

The idea behind Poor Man’s Meals is to make a meal that is satisfying and filling without breaking the bank.

Poor Man’s Meal can be good for the environment and your wallet.

This article will show you how to make a poor man’s meal on a tight budget, what ingredients are needed, and some recipes.

Poor Man’s Meals are a great way to save time and money. They are also easy to make. This article will help you learn how to make a poor man’s meal on a tight budget, as well as give you some ideas for what ingredients you might want to include in your meal.

Since they are so easy, it is no wonder that Poor Man’s Meals have been around for centuries. They were originally created by those who could not afford other types of food, but now they have become popular with everyone looking for an easy dinner for two or someone who is just too busy to cook. 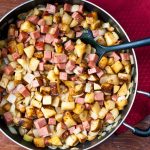